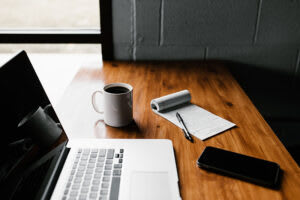 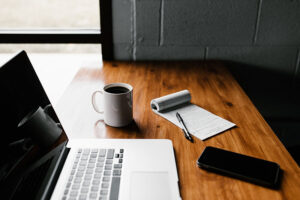 In almost every country there are independent journalists who use the freedom of the web to bring stories to audiences ranging from the hyper-local to the global. Independent journalists need a publishing platform that they control: social media networks are vital for cultivating awareness and connecting with an audience, but they are not independent of the interests of their owners. WordPress allows independent journalists to be truly independent. WordPress is free, open source, and, most importantly, platform independent.
Independent journalism covers everything from local events to global happenings, and from the experience of a single person to stories that impact the lives of millions. Independent journalists are often ordinary people caught up in events they feel compelled to document and communicate. They are essential voices in a world dominated by competing interests and fractured perspectives.
Traditional news media outlets and large online publishers have the resources to deploy custom content management systems. And some do, but many turn to WordPress because it has the flexibility and scalability to support even the largest sites. But the great thing about WordPress is that it makes all that power available to everyone, for free.
Unlike “publishing platforms”, WordPress is a web application anyone can download and install on a hosting account or server under their control. Once the code has been downloaded, it’s up to the site’s owner what they do with it. The WordPress organization can’t tell an independent journalist to stop using WordPress or to take down an article that they don’t like.
WordPress is open source. That means both that the code that underlies a WordPress site can be examined by anyone and that anyone can change the code if they want to and distribute their changes. That code is written by a collective of companies and independent developers — no single organization calls the shots. In the unlikely event that were to change, WordPress could be forked: the code could be used to start a new project that keeps WordPress free.
While we’re discussing abstract freedoms, we shouldn’t forget about the practicalities. Every user of WordPress has access to thousands of free themes to shape the design of their site. There are tens of thousands of plugins to choose from, each of which extends the functionality of a baseline WordPress installation.
Social media networks are a powerful tool for independent journalists, allowing them to build an audience of followers, to publish content, to communicate with sources and readers. Without social media, independent journalism wouldn’t be as influential or as effective. Social media networks are also easy to use even for people with no technical knowledge.
So why would an independent journalist need a site of their own?
Once again, we return to control and ownership. For those who choose a premium managed WordPress hosting company to host their site, many of the technical challenges are taken care of. The result is a site entirely owned and controlled by the journalist, who is not beholden to anyone for permission to publish. And, as I alluded to at the beginning of this post, a WordPress site can easily be migrated to a different hosting provider. WordPress is platform independent.
WordPress is used by corporations, small businesses, eCommerce retailers, and giant publishing enterprises, but it was designed and built to give a voice to everyone.