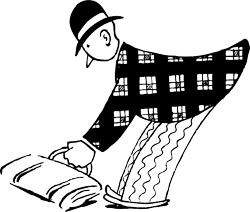 Since Tumblr’s recent acquisition by Yahoo! for $1.1 billion, and in spite of Marissa Mayer’s assurances that they wouldn’t “screw it up”, many Tumblr users have become wary of using the platform. Yahoo! may have the best of intentions, but they’ve spent a huge amount of money, and they’ll need to see some sort of return on their investment. Inevitably, that means Tumblr is going to change, perhaps for the better, or perhaps not.

For those who want to make the move, there are various options to consider, but one that should be at the top of the list is self-hosted WordPress. Self-hosting means that you pay for disk space and bandwidth from a hosting provider, install and configure WordPress, and administer your own blog.

It’s a very different experience from using a “cloud” service like Tumblr, but in many cases those differences are strengths. In this article we’re going to lay out the case for considering WordPress if you choose to make the move from Tumblr.

Tumblr is free, so any self-hosted solution is going to be more expensive, but the price for a low-traffic blog can be so small as to be nominal. For blogs that experience a lot of traffic, the cost rises, but unless your blog is seriously popular and requires more hosting power than a shared server can provide, costs are not going to be exorbitant.

If you do have a popular blog, there are many more options for monetization to defray hosting costs and generate revenue than with Tumblr.

You Need To Be A WordPress Expert

Hosting companies vary, but in most cases, the level of technical expertise required to run a WordPress blog is minimal. The administration interface is far from pretty, but it is intuitive and functional.

Most decent hosting companies will install and configure a WordPress instance for you, so all you have to do is choose a theme and get blogging.

You will have to manage your own site, which means updating it regularly, but usually all that takes is the click of a button.

You might have seen a lot of news stories recently about WordPress being insecure. Most of those stories occur because of hacked WordPress sites, which are usually the result of mismanagement by their owners. WordPress itself is secure but if its users neglect to keep it up-to-date then hackers can use exploits that have been discovered in out-of-date versions to take control.

The other major cause of hacked WordPress sites is bad password management. Choose a secure password and change the administrator username from the default and WordPress is one of the safest platforms out there.

Moving To WordPress Is Difficult

Once your host has set up a WordPress installation for you, moving your content from Tumblr is as simple as installing the Tumblr Importer plugin and giving it your Tumblr details.

Tumblr is an inherently social platform. While WordPress lacks the social networking functionality of Tumblr, much of it can be replicated through the use of plugins. WordPress’s huge advantage is its extensibility. WordPress is not simply a blogging platform; it’s an extremely capable content management system that can be customized to offer a wide variety of functionality. Social media integrations abound.

Jason Kotke described a tumblog as “a quick and dirty stream of consciousness”. It’s something of a cross between a traditional blog and a social media post. Whereas traditional blogging is about spending time crafting compelling content, the Tumblog is more about curation and sharing of images and links (although there’s nothing to stop people using Tumblr for long form content).

WordPress started out as a traditional blogging platform, but over the years it has become very much more flexible. It can be modified, with plugins, custom post types, and the use of Tumblog themes, to look and feel very similar to a tumblog.

With a self-hosted site you own the data and you own the site. You’re renting server space and bandwidth from a hosting company, but what you do with it is entirely up to you (so long as it’s legal). The hosting company won’t be trying to monetize you by selling your attention to advertisers or mining your data.

David Karp hit on an awesome format with Tumblr, which is why it’s become so popular and why it made him a millionaire, but it’s an inherently constrained format. If you use Tumblr, you have to do things the Tumblr way. That’s not bad in itself, but it is limiting. Moving to WordPress frees bloggers up to create and customize their own environment.

What do you think? Will you be sticking with Tumblr or making the move to WordPress? Let us know your thoughts in the comments.