Magento 1 End of Life: What You Need to Know 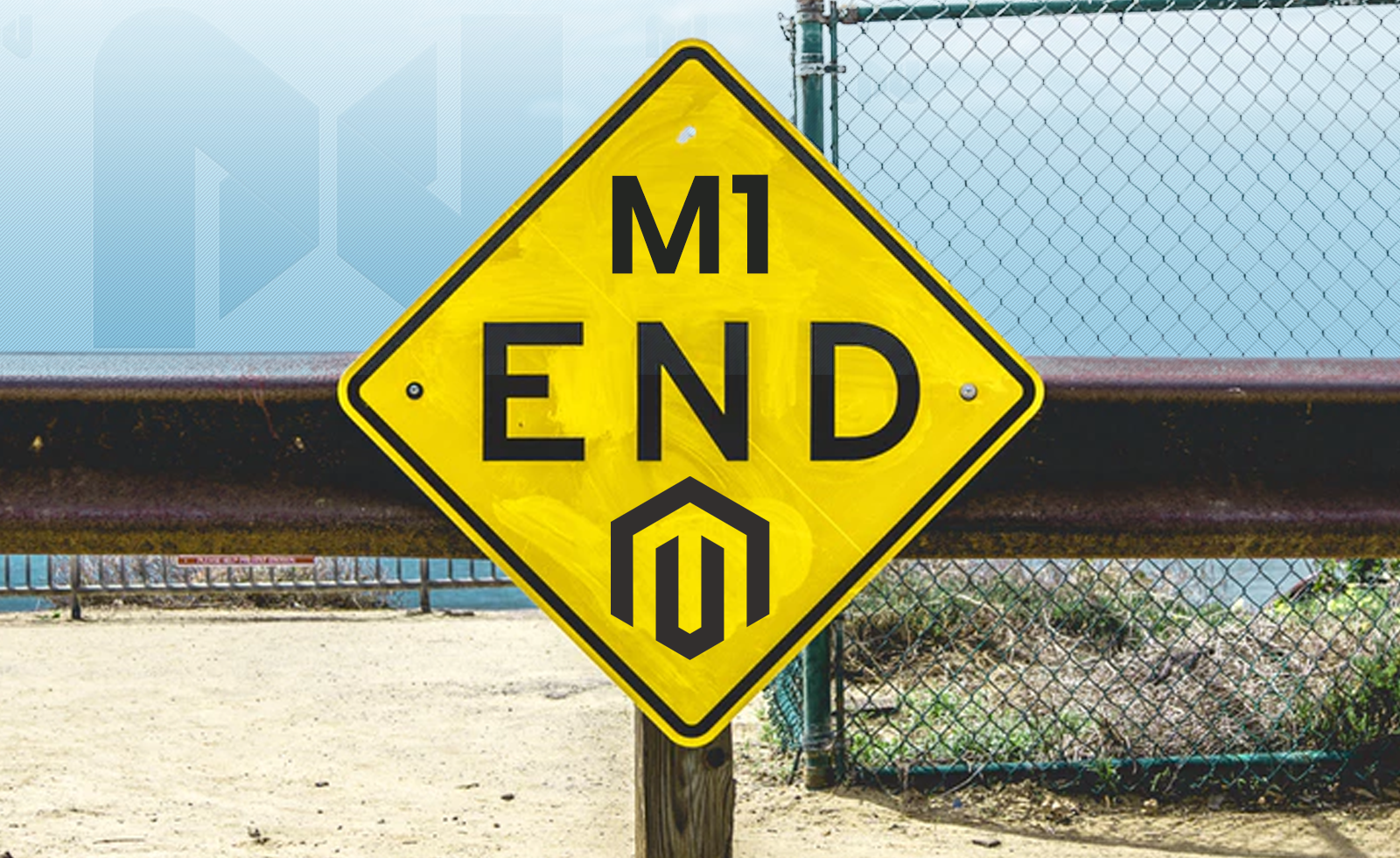 If you’re running Magento 1 (M1), you’ve probably heard by now that it will be sunsetting in 2020. And while Magento 1.x will still be accessible and useable by merchants and devs alike, it will no longer receive official support from either Magento or Adobe.

This change will affect a number of merchants across the Magento ecosystem. Already, we’ve begun to see the effects as merchants replatform to either Magento 2 (M2) or an alternate eCommerce CMS.

Yet as M1’s life draws to a close, there is a lot of conflicting information out there, leading to a lot of unneeded worry and anxiety.

This article will explore what Magento 1’s end of life really means for merchants, and how it will affect them in terms of:

Will you be staying on M1? Move to a Magento 1 Hosting Provider that will continue to support the application.

The official Magento 1 end of life date is June 2020. Multiple sources confirm this, including this article by Magento, and their tweet shown below.

As of June 2019, there are over 240,000 live Magento sites. Of those, more than 189,000 are still running on M1. We expect to see that number decrease in the coming months as merchants make the move to either M2 or other eCommerce CMS.

What other Dates Do You Need to Pay Attention to?

Magento’s EoL date isn’t the only time frame you should be paying attention to. On December 31st, 2018, PHP 5.6 was deprecated.

PHP is the server-side scripting language that the Magento platform is written in. Since M1 previously only supported up to PHP 5.6, this would have meant a huge hit to the Magento community.

However, because M1 would be deprecated after the 5.6 EoL, Magento released a patch in September 2018 that enabled M1 sites to support up to PHP 7.2. 7.2 will go EoL in November 2020, providing an additional two years of security support compared to 5.6.

November 2020 will also see the deprecation of CentOS 6.x. Many M1 sites use this as the linux component of their LAMP stack. Its deprecation will signal a further lack of industry-wide support for the M1 platform.

Speculation regarding the M1 end of life began in April 2017, when a presentation during Meet Magento Prague featured the line “Magento 1 End of Life: 17 November 2018”.

Immediately, articles and images began to appear, with influencers citing that the M1 EoL was sooner that many merchants hoped.

Since then, Magento have confirmed that the official end of life date is June 2020.

What Does This Mean for Your Magento 1 Store?

Whether you’re moving from M1 to M2, or to another application, you are going to have to go through (at least a partial) site redesign. Depending on how complicated your M1 site is, this can be a lengthy and expensive process.

Before launching into any redesign, it’s important to map out a plan for making your move. Detailed audits are important to ensure that you are able to maintain the same functionality and user experience. There are multiple audit checklists available to merchants and we will soon be releasing our own.

During your M1 audit, it’s important to look at the extensions and integrations you are running with your M1 store.

While extensions originally designed for M1 are not directly compatible with M2, more than 80% of the most popular M1 extensions have received updates, making them compatible. This will save many stores a lot of time and effort when replatforming.

If moving to an alternate CMS, it’s going to be important to find plugins, extensions, or integrations that can replace existing functionality. In most cases, this will mean using a dev site for testing until you find the right solutions.

Often, the auditing process will reveal a number of extensions and integrations that are redundant. As a result, it’s important to review the value your extensions provide and ask whether you should continue to move forward with them.

In terms of security, the future of M1 is uncertain. It’s important to ensure that your site, its extensions, and its integrations will continue to receive updates. This will help patch security issues and stop you from falling foul of compliance regulations.

While members of the Magento community have said they will continue to support M1 after its official EoL, only time will tell for how long and how far this commitment will extend. As a result, many merchants are already making the move to alternatives.

Not much will change with your hosting post M1. However, since many merchants will be replatforming, they will likely need to request a change in how their hosting environment is optimized.

Due to the complex nature of Magento, hosting environments are often fine-tuned in terms of PHP, cache, and more. Making the move to an alternate will mean making changes to how those optimizations are done. This will be managed by your hosting provider.

Replatforming from M1 is also a good chance to upgrade your hosting infrastructure. Newer products such as the Nexcess Cloud offer more in terms of scalability, performance, and security. Moreover, with a higher capacity than classic solutions, you may also save some money.

The majority of costs associated with replatforming will come from auditing your existing M1 site and then developing your site for its new platform.

In addition to running a site-wide audit for extensions and integrations, a site redesign will likely be needed. The costs associated with this will vary depending on what application you replatform to and the extent of work required.

If you want to avoid the costs associated with M2 development, WooCommerce and BigCommerce are good alternatives. Due to running on WordPress, both have a large and relatively inexpensive developer communities.

Alternatively, take a look at our list of recommended development partners and let us introduce you.

As we get closer to the M1 EoL date of June 2020, we’ll be working with merchants to ensure they are prepared. Keep an eye on our blog in the coming months as we continue to release help and guidance.

If you have any questions about how you will be affected by the Magento 1 end of life, don’t hesitate to get in touch with a member of the Nexcess team to talk through your options.