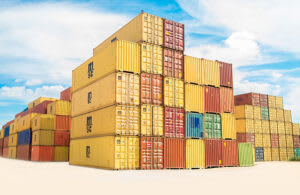 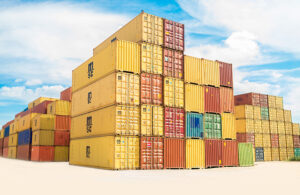 Over the years, we’ve looked at several different systems for setting up local development environments, from applications like MAMP to a Varying Vagrant Vagrants workflow. I’m always looking for the most efficient way to create new WordPress instances, both for development and because I need an easily replicable WordPress environment for testing plugins and updates I want to write about.
Today, I’d like to talk about my current setup, which is based on the Docker container system. I considered using Docker a few years ago, but it was complicated compared to the alternatives, so I didn’t use it for long. But, on the recommendation of a friend, I recently took another look. The tooling has improved considerably and it’s now a good option for those of us who don’t want to spend too much time fiddling with our tools.
So, without further ado, let’s look at how to create a local WordPress development installation with Docker.

Docker is a tool for creating and managing containers. A container is a self-contained unit of software that includes all the libraries and other code required to run an application.
It’s important to understand that a container is not the same as a virtual machine — containers are much lighter than virtual machines, they “boot” a lot faster, and they’re more portable. Containers also don’t need a guest operating system.
To use Docker containers, you’ll need to set up Docker on your machine. Because the setup process is different depending on the operating system you use, I won’t go into detail here, but you can find full documentation on the Docker site.
I’m also going to assume you know how to use the command line on your OS.

There are several ways to go about building containers, but we’re going to use the excellent Docker Compose tool.
First, open a terminal, create a directory for your WordPress installation, and change to that directory:

Next, create the file we’ll use to tell Docker Compose what to do:

We’re going to use the Docker Compose file from the official Compose documentation. Open “docker-compose.yml” in a text editor and paste the following text into it:

If you’re interested in what the file is doing, I encourage you to read the documentation, but, in brief, it tells Docker Compose to create two containers. The first is a container for the MySQL database, and the second is a container for WordPress itself.
Save the file, go back to your terminal, and run this command:

Docker will download, configure, and launch the containers. It might take a few minutes, but when it’s finished, you’ll have a WordPress instance waiting at this URL:

To stop the containers, use this command from inside the project folder:

You can restart with the “up” command you used previously.
If you want to remove the WordPress container, but leave the database intact:

And if you want to blow away both WordPress and the database container:

After removing the containers, you can start from scratch with the same “up” command as before:

Because Docker containers are entirely self-contained, you can create as many WordPress installations as you like: just create a new folder, copy the “docker-compose.yml file to it, and repeat the process.