What is Magento?: Understanding the Ecommerce Ecosystem 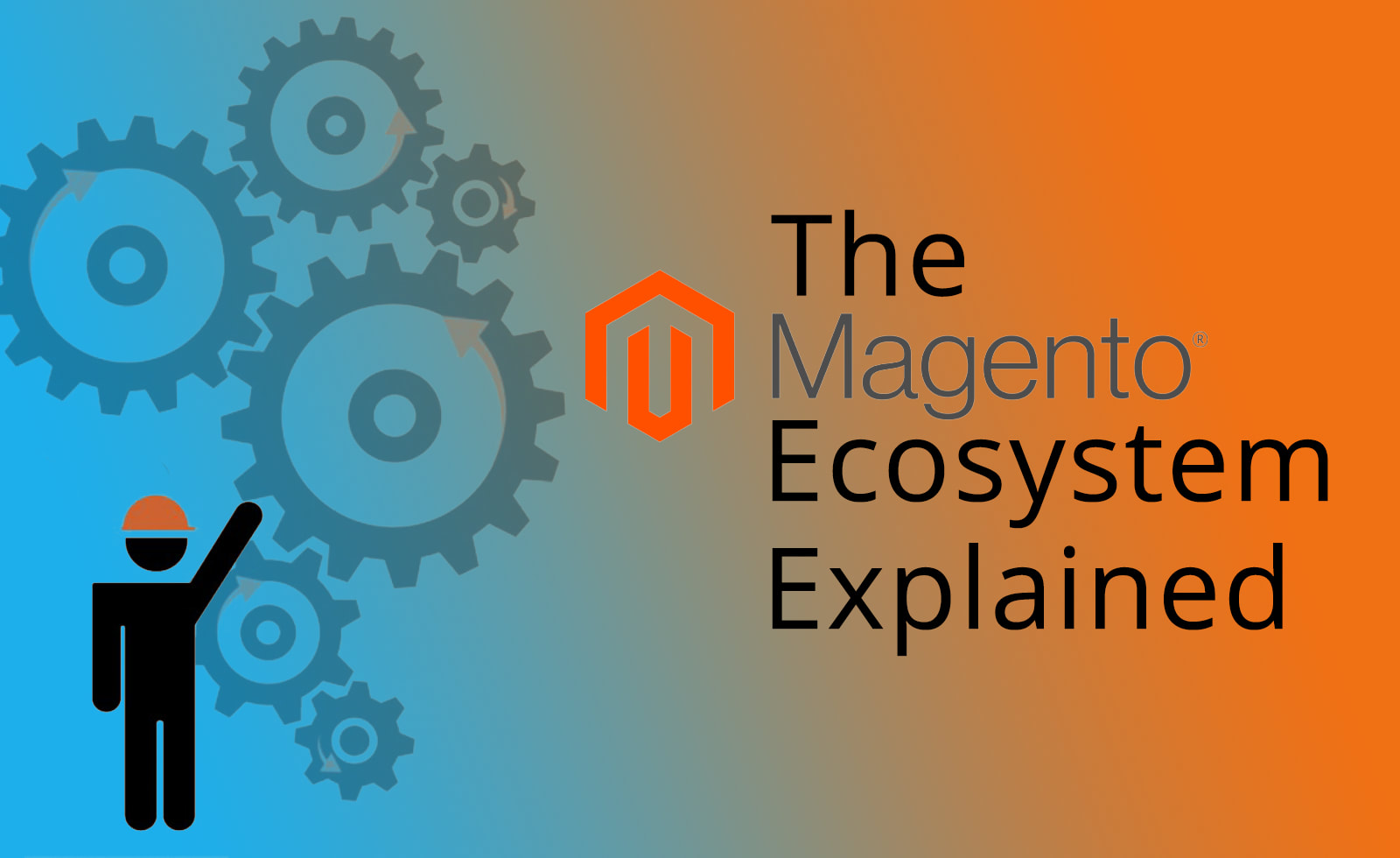 The Magento eCommerce platform is at the center of a vibrant ecosystem of retailers, developers, designers, conferences, and Magento hosting providers. Like all ecosystems, Magento evolves, and it can be difficult for newcomers to the world of ecommerce to get to know all the parts and the role they play in building a successful ecommerce business.

In this article, we’re going to explain some of the terminology new ecommerce merchants need to understand before embarking on their journey with Magento.

Magento was initially released in March 2008 and has since grown to incredible proportions. There have been two main iterations of the platform, Magento 1 and Magento 2. One of the main reasons why eCommerce developers love Magento is due to its customizability and ability to scale with a growing business. Thousands of modules, themes, and extensions are available for Magento store developers, and custom functionality can also be included. There are also two different versions of Magento — Magento Open Source and Magento Commerce — depending on the size of your business and your eCommerce store needs. See more details and differences between the two versions version below.

What is Magento Open Source?

Magento Commerce was originally released in 2007 as a public beta version. The full version was released in 2008. Because Magento Open Source is built on open source technology, developers are not locked into the software they are provided. They can make changes to the application and incorporate other technologies as well. This means that developers can mold Magento Open Source into something that’s customized to meet to their needs — this is something developers aren’t as free to do with Magento Commerce.

There’s an impressive base feature set with Magento Open Source, yet where it really shines is in the additional features offered through the countless extensions currently available. Right now, there are more than 3,400 extensions available in the Magento Marketplace.

To use Magento Open Source, retailers can choose a Magento hosting provider, which will provide the servers, bandwidth, and support a retailer needs to build their eCommerce store. This also allows for retailers to focus on their business, and leave background processes to someone else.

What is Magento Commerce?

At the heart of the Magento ecosystem is Magento Commerce, which is the company’s commercial version for developers. It’s an all-in-one cloud solution that includes support and additional features for enterprise retailers such as dedicated Magento account management.

The self-hosted version of Magento Commerce, previously known as Magento Enterprise Edition, was originally released in 2016. It has since grown to become a staple in the Magento community as bigger eCommerce businesses are looking for more functionality as their sites become more complex and they acquire a larger global presence.
If you’re an enterprise-level eCommerce business, Magento Commerce is likely the best platform for your online store.

What are the key differences between Magento Open Source and Magento Commerce?

There are several differences between the Open Source and Commerce editions of Magento to consider before deciding which version you need for your store, including:

What are Magento Extensions?

Magento is a complete eCommerce solution, but retailers can add extra functionality by installing Magento Extensions created by third-party developers. Magento Extensions extend or enhance the platform’s existing features. Nexcess has created several Magento extensions, including the popular Turpentine extension for improved compatibility with Varnish, and Alarmbell, a Magento security extension. There are thousands of Magento extensions, both free and premium. Magento users should take care to only install extensions from reputable developers or marketplaces. If in doubt, check out the official Magento Marketplace, which we’ll discuss in a moment.

What are Magento Themes?

Magento themes are similar to extensions, except themes focus on the design of a site rather than on adding new functionality. Every Magento store uses a theme, and just like extensions, there are free themes, paid premium themes, and custom themes developed for specific retailers.

What is Magento Marketplace?

Magento Marketplace isn’t the only trustworthy source of Magento extensions and themes, however. Many reputable developers have their own sites and stores that offer Magento extensions and themes as well. However, if you’re unsure of the quality of an extension or theme created for Magento that you find from another developer, check to see if it’s in the Magento Marketplace to make sure it’s been vetted.

What is Managed Magento Hosting?

Finally, Magento hosting: every eCommerce store needs a hosting provider. The hosting provider ideally takes care of the store’s connection to the internet, the server the Magento application and its database run on, and the support retailers need to provide a fast, personalized shopping experience to their users.

Hosting providers are of varying quality, and Magento requires specific conditions to provide the best performance and reliability. Choosing Managed Magento as your optimized hosting provider means you get the speed, security, and reliability you can rely on to successfully start your journey as an eCommerce retailer.

Ready for even more Magento optimization? Read our Definitive Guide for Optimizing Magento 2 to see how you can further optimize the performance of your Magento 2 store.