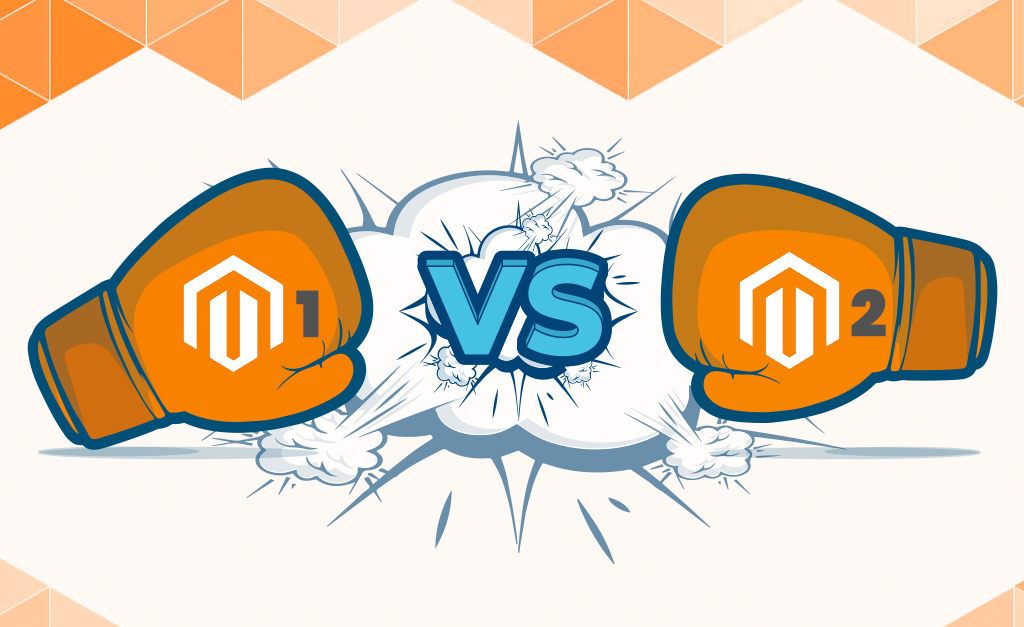 With just a year until Magento 1 reaches end of life, merchants still on the platform are facing a lot of tough decisions; including whether they should stay on Magento 1 (M1), replatform to Magento 2 (M2), or start using an alternate CMS.

Yet for those still on M1, June 2020 will be a decisive date. As the platform stops receiving official support, merchants will have to decide whether to stay or leave. As we’ll look at in this article, while Magento 2 does offer benefits over Magento 1, making the move does not necessarily benefit everyone. So if it doesn’t benefit you, what are your options?

To help merchants make the right choice, this article will look at the differences between Magento 1 and Magento 2 and explore how those differences should be affecting what you do before next June.

Explore why Nexcess Magento 2 hosting is the best move for your business.

Magento 1 vs Magento 2 In Numbers

Magento 2 was released November 17, 2015. Since then, adoption has grown steadily, but still hasn’t overtaken the number of live Magento 1 stores.

For many merchants the issue is one of resources. Changes to the core design of Magento have made replatforming to version 2 a significant challenge. Costs associated with replatforming include development, hosting, and adapting to the new platform.

Maintaining security is important when running an eCommerce store. Not only will vulnerabilities lead to breaches and customers not purchasing products, it can also have a widespread SEO impact.

The core differences between Magento 1 and Magento 2 in terms of security are relatively small. Two major changes include that Magento 2 supports a strengthened hashing algorithm for passwords, and that admins can enable only one person to be logged in at any one time.

The good news is that if you’re an M1 site owner and you’re worried about not having this functionality, it’s possible to add it to your store through extensions. The bad news is that there’s a much larger security threat looming.

Host your Magento site with a secure provider.

The largest threat to M1 security is the fact that the platform will be officially deprecated in June 2020. This means that Adobe and Magento will stop supporting security updates and patches. Normally, this would leave merchants still on the platform exposed to vulnerabilities and attacks. However, some members of the Magento community have come together to try and prevent this.

Already, several developers and agencies have indicated that they will continue to support the Magento 1 platform after its official end of life. This provides a welcome safety net for M1 merchants so they can stay on Magento 1 after June 2020.

However, it’s still important for Magento 1 merchants to future proof their store. This means updating as much as they can without having to replatform.

It’s also important to work with a hosting provider that provides a monitored and regularly updated web application firewall (WAF). A good WAF will prevent the majority of attacks from being able to reach your store.

Magento 2 is the faster, more performant CMS. Some developers estimate by around 20%. This is not only because it’s newer, but also because of the range of technologies it supports.

Some of the main performance boosting tech is caching technologies such as Varnish and NGINX. These allow for sites to store frequently used files to memory, allowing them to be delivered to customers faster. Considering that a 1 second delay in page load time can lead to a 7% reduction in conversions, caching plugins can easily give a popular Magento store an edge in terms of performance.

However, Magento 1 performance can still hold its own – especially when Varnish is enabled in conjunction with the Turpentine extension. Turpentine is a very-fast caching reverse-proxy. When first released, it saw significant performance improvements for Magento 1 sites. Turpentine is currently only compatible with Magento 1, so it’s also not something that can be activated on Magento 2 installs.

If you plan to stay on Magento 1, we recommend installing and using the Turpentine plugin as it will enable you to run a much faster store. Despite noticeable performance gains from Turpentine, your site’s code is still going to be one of the main factors in determining site performance.

Until late last year, one of the main concerns for Magento 1 merchants was the lack of support for PHP versions beyond 5.6. This changed in September 2018 when Magento released an official M1 patch supporting up to PHP 7.2.

The main reason for this was that PHP 5.6 was deprecated in December 2018. With official M1 support still available until June 2020, it was important that the platform was still able to run on an up to date PHP version. Supporting only up to PHP 5.6 support would have meant merchants would have an increased vulnerability to PHP attacks.

This is one of the main benefits of replatforming to M2. Due to official support from Adobe and Magento, M2 will continue to support emerging technologies where M1 will rely on the community to build out this support.

A brief list of software Magento 2 supports that Magento 1 does not include out of the box:

This level of software compatibility lends itself to a number of functionality improvements. By leveraging a more advanced tech stack, extensions are also able to offer more to merchants.

That being said, for those on M1 looking to replatform, compatibility can be a problem. While it’s true that more than 80% of the most popular M1 extensions have received updates, this doesn’t account for extensions customized for individual stores.

One of the big performance and functionality gains of Magento 2 was the addition of Ajax Add-To-Cart. In Magento 1, when a product is added to the cart the page needs to reload. With Magento 2, cart updates can happen without the need for the page to reload. This has obvious UX and performance benefits. 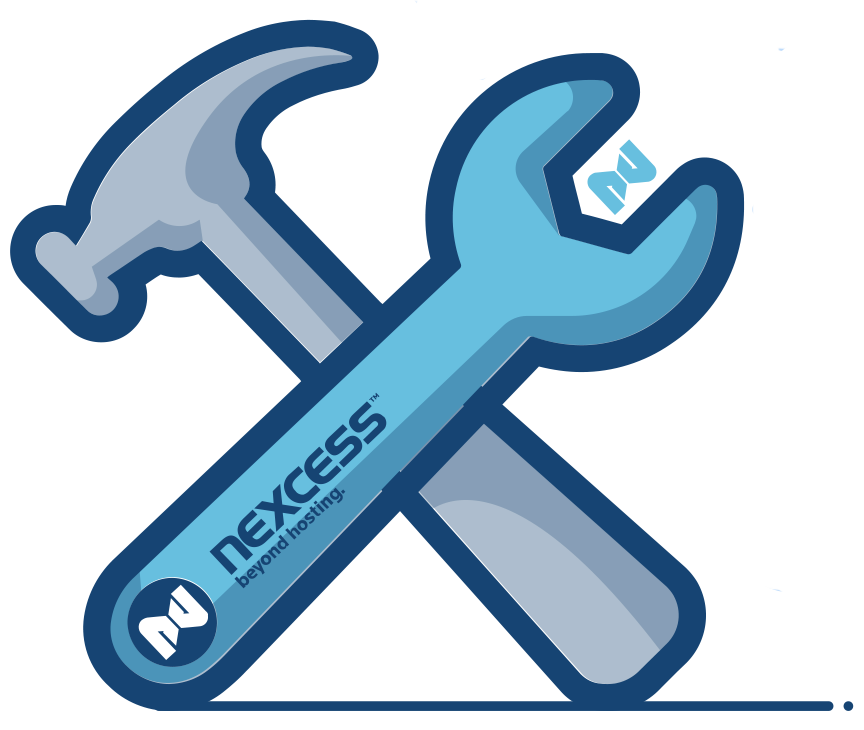 Magento 2 takes this further and also offers improved checkout functionality by automatically recognizing inputted card types and users that are already registered by analyzing their email address. Again, this offers an improved user experience and for registered customers, it is up to 29% faster.

Finally, one of the big benefits of Magento 2 is dependency injection. This provides a solution to class files which are so large that it makes it hard to determine what their core functionality is. Dependency injection abstracts a class’s dependencies to make the process faster and easier.

If you’re looking for functionality, Magento 2 is the better option. As a newer platform with improved software and extension support, it’s going to offer a lot more than an M1 store. That being said, due to the nature of the platform, M1 developers are often able to implement solutions similar to M2’s functionality for you. If you don’t want to move but would like some of the functionality listed above, talk with your developer to see if they can help.

In terms of cost, there are three primary areas you’re going to have to invest in:

The largest of these expenses will probably be development. This can easily eat up your entire budget if you’re not careful, and leave you with little room for other essentials.

For many M1 merchants, this is the primary barrier to entry for replatforming. That being said, it’s always good to know the potential cost of replatforming. For some merchants with relatively simple stores, it may be a lot less than they think.

Hosting is also going to take up some of your budget. Depending on the size of your store, this can vary from $50 to thousands every month. We recommend working with a hosting provider that offers an optimized Magento environment. This will help improve performance, security, and scalability, even if you’re staying on M1.

The final cost you’re looking at is support. Many hosting providers offer this as standard. Development agencies also often provide continued support for your Magento site. Otherwise, support can cost a lot, especially in the case of serious vulnerabilities due to falling behind with updates. Check that your site has regular backups and that someone will be available if your store goes offline.

Optimize the commerce experience with Magento 2. Get started now.

If You Decide to Stay on Magento 1…

If you’ve decided that staying on M1 sounds like the right choice, it’s still important for you to take steps to future proof your store.

Firstly, update as much as you can. That means bring your PHP version up to 7.2, bring your Magento version up to 1.9, and ensure that any extensions you have are also running the latest version.

It’s also going to be important to figure out where you’re going to get security updates from after June 2020. With official support disappearing, you’ll need access to a developer or agency that can help you to address security vulnerabilities as they are discovered.

In many cases, running a secure hosting environment with a well-configured Web Application Firewall can help to protect against threats by stopping dangerous traffic in its tracks. So it’s also important to host with a provider that keeps up to date with the latest threats to Magento sites.

In addition to keeping your site secure, these updates will also help increase site performance.