Headless Drupal: What Is It and What Are the Advantages? 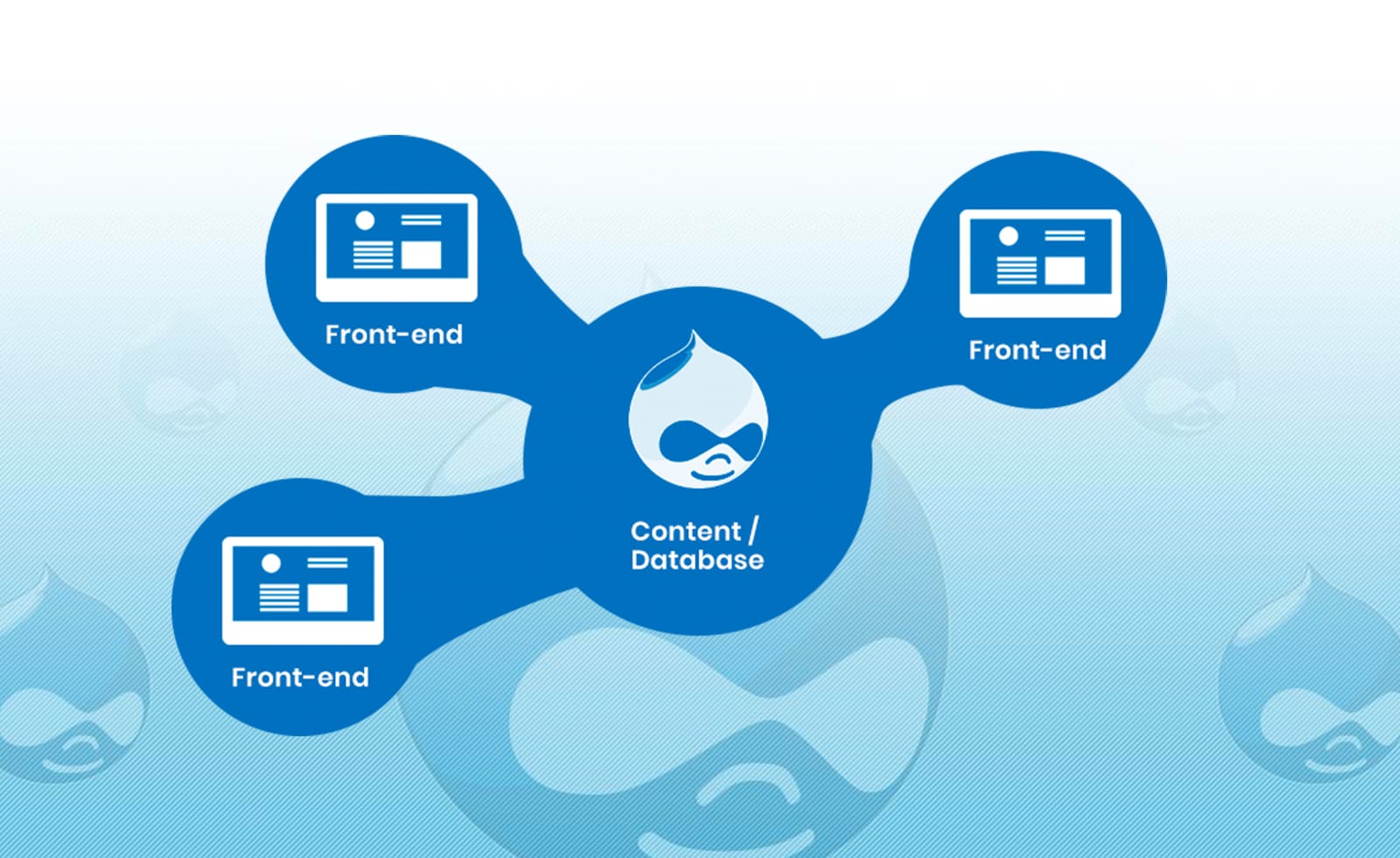 This article looks at Headless Drupal, providing an overview of what it is, and what some of the pros and cons are to implementing it.

Traditional Drupal website have often been monolithic. This has meant that Drupal is responsible for both content management on the back-end and content rendering on the front-end.

If you’re thinking about moving to a headless Drupal environment, then keep reading to find out what the pros, cons, and facts are.

What is Headless Drupal?

Headless Drupal (also know as decoupled Drupal) is a new way to develop and deliver websites.

Headless Drupal instead allows content to be delivered to users through a separate front-end application. This means that a Drupal instance does not decide on the styling for a website. Rather, a separate application decides how data from the Drupal instance is displayed. This allows for an added layer of functionality and customization. In the example below, that application runs on ReactJS.

What this front-end application runs on is different depending on the developer.  We’ve displayed ReactJS above as it is currently one of the preferred technologies for headless implementations.

What Are the Benefits of Headless Drupal?

There are several reasons to adopt headless Drupal, the most common of which is because site owners and developers want to integrate technologies and designs that are otherwise incompatible with a standard Drupal installation.

This is especially true when a developer wants to implement multiple front-ends. There may be one desktop front-end, one mobile front-end, a widget front-end, and an app front-end. Each of these are able to render and display the same information in unique ways.

And when it comes to apps and widgets, headless also allows for offline access. Site contents can be downloaded and rendered quickly through the “application” front-end itself. This changes the typical web server / user connection relationship, and also means that content is delivered much more quickly, even when online.

Due the restructuring of the CMS / front-end relationship, security is also improved. It is easier for system administrators to limit access to areas of the infrastructure. Content is created and published through one system, and delivered to readers through another.

What Is Limiting Decoupled Drupal?

Fully decoupled Drupal has several advantages, but all new technologies come with downsides, and headless is no exception. One of the main disadvantages is that much of Drupal’s out-of-the-box functionality is lost instantly. The ability to preview content before it is published goes away without additional coding, as does control over styling through the editing interface.

From an application perspective, competition over which app is in charge of how and what content is displayed can also potentially become an issue. This especially true when you’re dealing with multiple front-ends.

From a business perspective, responsibilities take on a new meaning. Cooperation between web design and creation becomes more of a priority. Appropriate access also needs to be distributed to different teams, especially if there are multiple decoupled front-end interfaces present.

To avoid these issues, it’s important to understand the breadth of a move to headless and map out what the shift will look like from both a technology level, as well as a business one.

There are numerous examples of headless Drupal websites. A short list includes:

The Tonight Show with Jimmy Fallon – Uses Node.js and Backbone.js

The Tonight Show With Jimmy Fallon

The Tonight Show with Jimmy Fallon makes use of a headless Drupal instance to great effect. The site loads quickly and you can see unique web design features and animations throughout the site.

Lullabot also implemented a headless instance on their site. However, they encountered routing issues during the setup. Routing is where an application or CMS decides where to send a visitor’s requests. They go into more detail in their article on this, but it’s an important problem to keep in mind when thinking of making the move to a complex decoupled Drupal site.

We are currently able to support headless Drupal instances on our cloud infrastructure. We also currently offer Node.js support. At this point in time we’re working to improve support for Node.js and other languages such as Python.

Don’t forget, if you’re going to spin up a headless Drupal site, we recommend testing on one of our dev sites. Learn how to spin up a Nexcess dev site.

With almost a decade in systems experience, Chris is here to make clients happier with the services they use. If there’s a technical problem, chances are Chris is one of the team members working on it, having already made tens of thousands of sites run better with the infrastructure improvements he’s helped develop.