Does A WordPress Site Need A Content Distribution Network? 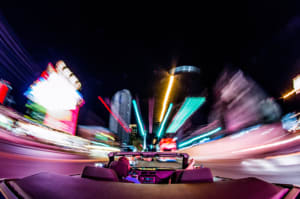 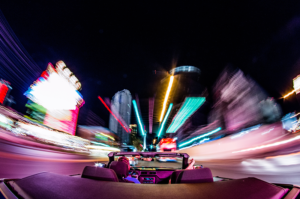 A content distribution network (CDN) can reduce the amount of work your WordPress server has to do and improve the performance of your site for visitors across the world.
Most of the resources on your WordPress hosting account’s server are used to respond to requests and generate dynamic content. But most of your server’s bandwidth is consumed by the delivery of static resources: resources that don’t change between users. Static resources include images, videos, JavaScript files, and CSS files, among others. Static resources are the biggest bandwidth hog for most sites; a single high-definition image can consume as much bandwidth as hundreds of pages of text, dynamically generated or otherwise.
Fortunately, static assets are the perfect candidate for caching. Once static assets are loaded by the browsers of your WordPress site’s visitors, they’re saved so that they don’t have to be loaded again the next time they’re included in a page. That makes the page faster the next time it loads, but it does nothing for the first load or for any page load after the static files have changed.

Why You Need a WordPress CDN >>

A content distribution network is a type of cache that sits somewhere between the browser’s cache and the on-server caches provided by plugins like WP Rocket or W3 Total Cache. A content distribution network is composed of servers in data centers around the world. The servers comprising a CDN are called edge nodes because they’re at the “edge” of the network.
When your WordPress site is hooked up to a CDN, its static assets are uploaded to the edge nodes. Most content distribution networks have edge nodes located near major population centers. The Nexcess CDN has edge nodes right across the US, Europe, and Asia. When a user requests a page from your site, the static content is loaded from the nearest edge node, not from your WordPress site’s server.
Let’s say your WordPress site is based in our Southfield, Michigan, data center. A visitor from Sydney, Australia, requests a page from your site. Without the CDN, the images and scripts would have to take a 9000 mile trip from Southfield to Sydney. In a perfect world, data could make that trip in less than a tenth of a second, but we don’t live in a perfect world.
The data may pass through lots of routers, switches, and copper cables before it arrives at its destination. And it’s a two way trip: the request has to travel from Sydney to your server and the response from your server to Sydney. In many cases, the round trip time will be multiple seconds, which doesn’t lead to a positive web experience.
But if the static assets don’t have to come from your WordPress server in Southfield, the trip could be much shorter and faster. A CDN caches the static assets in a data center close to the user in Australia, perhaps just down the road in Sydney. The request is diverted to the nearest edge node, and the data delivered in fractions of a second.
A content distribution is essential if you want to offer international users and even users on the other side of the US a great experience on your WordPress site.
Many of Nexcess’ WordPress hosting plans include a generous data allocation on our global content distribution network.