Do We Still Need RSS Feeds On WordPress? 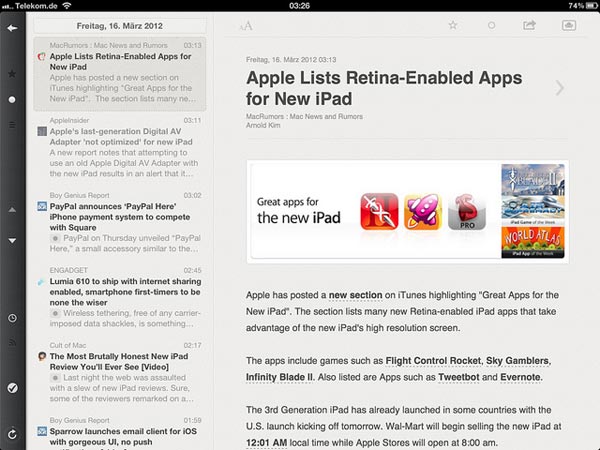 Do you use RSS to read content on sites you are interested in? In 2014, it might be more pertinent to ask if you know what an RSS feed is. RSS use has declined enormously over the years. It wasn’t widely used in the first place and is now even less popular.

WordPress produces a couple of RSS feeds by default — one for articles and one for comments. Because they’re not used by many genuine readers and can be used as an easy way for scrapers to steal content, it’s worth thinking about whether having RSS feeds on a site is worthwhile.

For me, RSS feeds are essential. I’m a writer and I need to keep on top of lots of information from within the industry. RSS is the perfect way to do that. Every morning I can open my feed reader — Feedbin synced to various apps depending on the device — and see a complete list of everything that’s been published by the sites that I think are important. It would take a lot more time if I had to open every site and scan through the content.

But I’m aware that almost no one has to read as much web content as writers of digital content do. They also have another option for receiving content updates: Twitter and other social media platforms.

Nevertheless, I think there’s a strong case to be made for RSS. I’m not going to argue that more people should use it (although I wish they would) — people are smart enough to know what fits their needs and if Twitter is good enough for them, then that’s all right with me. Nor am I going to argue that RSS is valuable because it is an open standard and Twitter is not.

I do want to argue that the few of people who do use RSS feeds have a disproportionate impact on the visibility of content.

Millions of words are published on the web each day. Most people are too busy to sift through that content to find the stuff that will actually make a difference to them and their life. They rely on curators and news sources to filter the torrent down to a manageable river. Curators rely heavily on RSS. Removing RSS severs a vital line of contact between publishers and the influencers who can get their work in front of an audience.

What about Twitter? Twitter is a vital tool and I use it every day for research, but it’s a fundamentally different way of interacting with content. When I open my RSS feed reader I can see at a glance what has been published. I can move very quickly through lists of sources and articles finding what is important and what is trivial. That’s difficult to do on Twitter because it’s designed for real time communication. Sure, you can hunt through hundreds of Tweets every day, but it’s far from the most efficient way to filter content.

In a nutshell, RSS is important because of who it is important to: the most actively engaged content consumers on the web.

What do you think? Are you a content curator who has no need for RSS? Does RSS have any relevance to your online life? Let us know in the comments.