What Are Data Center Tiers Explained 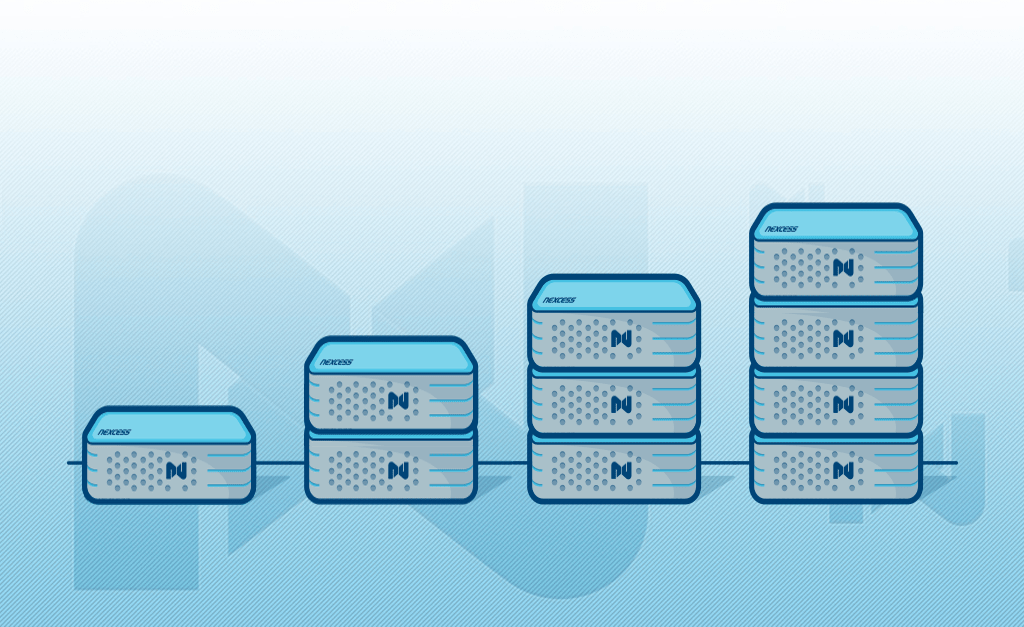 In the world of data centers, reliability is one of the most important factors. The more reliable you are, the more likely clients are going to want to use you. After all, who wants a data center that isn’t online?

Luckily, The Telecommunications Industry Association (TIA) published a standard for data centers defining four levels in regards to their reliability. The aim was that this standard would then be able to inform potential data center users about which center is best for them. While brief, the standard laid the groundwork for how some data centers would manage to pull ahead of others in the future.

But The TIA’s standard wasn’t enough. Several years later, Uptime Institute instigated what is now known as the ‘Tier Standard’. Tier Standard describes four different data center tiers based on the availability of data processing as the result of the hardware at a location.

This article breaks the types of data center down into the four tiers and looks at how they differ. Combine this with our article on how to choose a data center location, and you’ll know where the best place to host your website is.

Check out our Infographic below to quickly see the main differences between data center tiers, or keep reading for more detail. 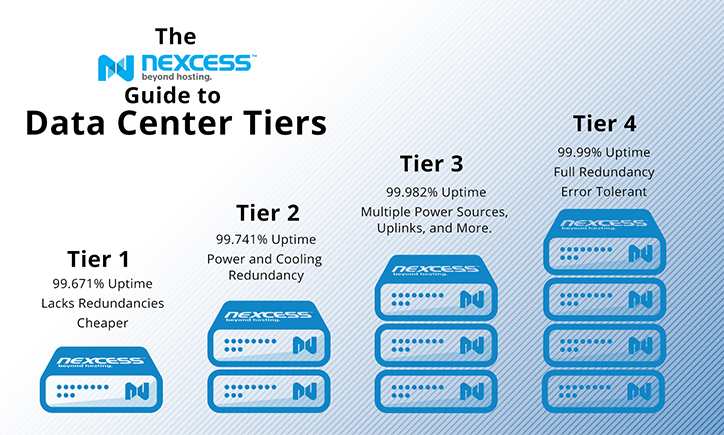 The Classification of  Data Centers

The requirements of a data center refer to the equipment needed to create a suitable environment. This includes reliable infrastructure necessary for IT operations, which increases security and reduces the chances of security breaches.

What to Consider When Choosing a Data Center

When choosing a data center to store data for your business, it is important to have a data center checklist. This is a list of the most important things you should keep in mind – such as the physical security of a prospective data center –  when making your choice.

Typically, a good data center checklist would include the various data center pricing policies and extra amenities provided. An excellent straightforward strategy, for instance, should have no hidden charges and a data center with additional facilities is better than one without.

Data center specifications refer to information about the setup in a data center. This can include the maximum uptime, redundant power systems that allow the platform to stay up regardless of power outages, the qualification of technical staff at the data center, and more.

It is common that higher data center tiers have better-qualified staffing since more expertise is required to maintain the whole platform. Data center specifications should be on the data center checklist of a customer looking at prospective data centers to store their data.

What Is a Tier One Data Center?

This is the lowest tier in the Tier Standard. A data center in this tier is simple in that it has only one source of servers, network links, and other components.

Redundancy and backups in this tier are little or non-existent. That includes power and storage redundancies.

As such, specifications for a data center for this tier are not awe-inspiring. If a power outage were to occur, the system would go offline since there are no fail safes to kick in and save the day.

One of the advantages of tier one data centers is that they provide the cheapest service offering for companies on a budget.

However, a lack of redundancy means that the uptime of servers is considerably lower than tier two, three and four and maintenance on the facility will require shutting down of the entire facility thus more downtime.

What Is a Tier Two Data Center?

This is the next level up after line one. Tier Two features more infrastructure and measures to ensure less susceptibility to unexpected downtime. The requirements of a data center for this data center tier include all those of the first tier but with some redundancy.

For instance, they typically have one a single path for power and cooling. However,  they also have a generator as a backup and a backup cooling system to keep the data center environment optimal.

The specifications of a data center for the second tier allow for higher uptime compared to level one data centers that are approximately 99.741%.

What Is a Tier Three Data Center?

Tier Three data center requirements for line three data centers include all those of tier one but have a more sophisticated infrastructure. This allows for redundancy and backups in case of unexpected events that may cause downtime.

All server equipment has multiple power sources and cooling distribution paths. In case of failure of any of the distribution paths, another takes over ensuring the system stays online. Tier three data centers must have multiple uplinks and must be dual powered.

These specifications ensure you only have a maximum of two hours downtime annually,  as a percentage. Some of the equipment in tier three systems are fully fault-tolerant.

Some procedures are put in place to ensure maintenance can be done without any downtime. Tier three data centers are the most cost-effective solution for the majority of businesses.

Do you know what you should really be asking your hosting provider? Download the guide.

What Is a Tier Four Data Center?

Tier 4 is the highest level when it comes to data center tiers. It has an availability percentage of 99.99%. A tier 4 data center is more sophisticated regarding its infrastructure as it has the full capacity, support, and procedures in place to ensure the maximum and optimum uptime levels.

Tier 4 data center fully meets all the specifications of the other three tiers. A tier 4 data center is error tolerant as it can operate normally even when there is an instance of infrastructural equipment failure.

A Tier 4 data center is fully redundant with multiple cooling systems, sources of power and generators to back it up. It has an uptime level of 99.99% with an estimated downtime level of only 29 minutes annually.

Nexcess Is a Tier 4 Data Center

Between having an uptime of 99.9975%, multiple redundancies, and an annual downtime of less than 18 minutes, the Nexcess data center is regarded as a tier 4 data center. If you would like to know more about the Nexcess data center, don’t hesitate to check out the different data centers offered by Nexcess around the world or take a more detailed look at our Southfield, Michigan data center (in an easy to read infographic).