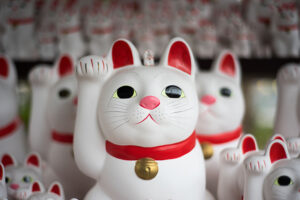 Since we first added WooCommerce hosting to our lineup of performance-optimized eCommerce hosting options, we have seen huge demand from retailers looking to combine the user-friendliness of WordPress with WooCommerce’s simple yet powerful eCommerce experience. We’re delighted that so many retailers have embraced our unique spin on WooCommerce hosting, which is capable of supporting stores of any size.
Towards the end of last month, WooCommerce 3.3 was released. As a minor release, there are no big new features, but, in typical WooCommerce style, there are plenty of small enhancements that add up to an easier workday for retailers.
We’re going to have a look at a few of the enhancements that arrived in WooCommerce 3.3, but before we get to that, I’d like to talk about the little hiccup that disrupted the usually smooth release process.
One of the goals of WooCommerce 3.3 was to increase compatibility with third-party themes. However, the changes caused problems on some third-party themes, which lead to the removal of WooCommerce 3.3 from the WordPress Plugin Directory. It was a small issue, affecting the display of categories in some themes. The issue was soon resolved and WooCommerce 3.3.1 was released, which is the version you’ll get if you update WooCommerce today.

Since the mixup with theme support earlier in the month, you might be tempted to hold off on updating to WooCommerce 3.3(.1). But, it is generally a good idea to install new versions of WordPress plugins as they become available. In addition to adding new features, releases typically include security fixes to close vulnerabilities in the software. If you don’t install the new release, you don’t get the fixes. The most recent version of WooCommerce has been tested on dozens of themes, and everything looks great so far.