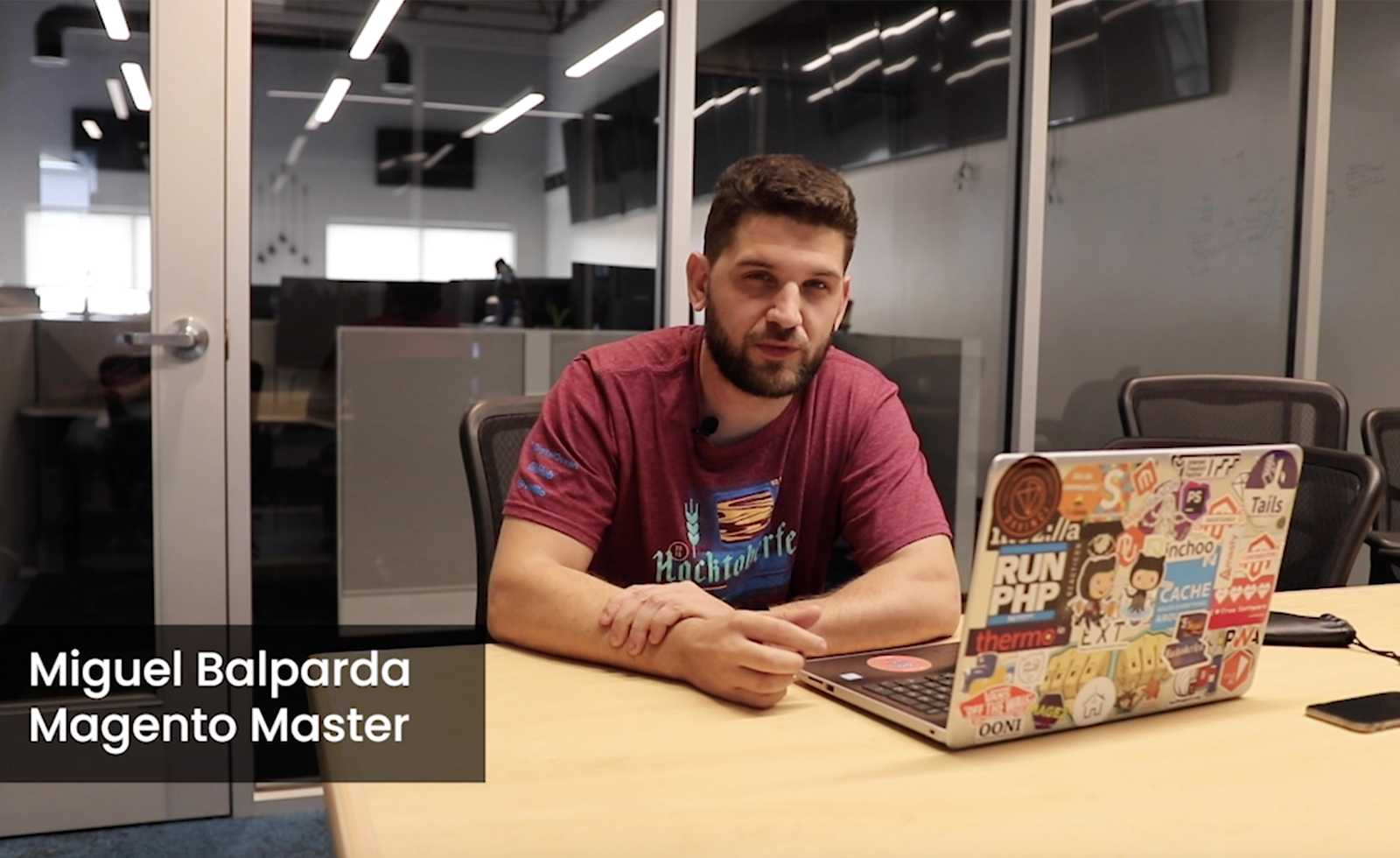 Magento Master Miguel Balparda shares his insights into the Magento ecosystem from 2019’s Magento Imagine event. See where this year took him and what he sees Imagine looking like next year.

After a week of rest, it’s time for our Magento Imagine recap. This was my fifth Imagine — and probably the last one as we currently know it…

Pre-game at the Git

This year the event started at 9 a.m. on Saturday with a 2-day contribution event organized by the Community Engineering team. Now in their second year, these contribution days have become an Imagine centerpiece, featuring community-created code for Magento 2 and a steady growth of +100% YoY.

This year, it was organized as a side event in the Country Club at the Wynn, where developers from around the globe gathered to code and contribute to Magento 2, DevDocs, graphQL, Multi-Source Inventory (MSI), among many other GitHub projects. As a maintainer, I love Contribution days because I meet people I had previously only known online and work with them to make Magento even better.

Work began with a new Adobe Stock + Magento 2 integration, a small project to kickstart the collaboration between Magento and Adobe. See GitHub for details.

Contributing wrapped at 5 p.m. Sunday, and I headed to #preimagine at the Encore. Once again, WebShopApps and ShippersHQ organized an awesome community event with beverages and fun with friends, both old and new. See all the action at #preimagine.

Monday marked the official start of the conference and I attended MageYoga with Wagento, Nexcess-supplied mats, and our fearless instructor Vijay. After practicing the basics, Vijay led us into some Laughing Therapy to kickstart the conference experience.

After Yoga, I headed to the super-secret Magento Masters Breakfast, where we had the chance to talk with Adobe and Magento executives and managers over omelettes and coffee. This is one of the side events I enjoy most: a quiet place to talk with industry leaders about topics affecting the future of our community. The ever-present progressive web app (PWA) discussion made an appearance. However, most of the talk revolved around Adobe’s interest in feedback from the open source community and the possibilities of integrating Magento with Adobe products.

Afterward, the Sponsor marketplace opened to a flurry of presentations. While these are often worthwhile, I stayed on the “hallway track” to meet colleagues and talk about the present and future of Magento 2 development. This was by far the biggest Imagine (in attendees), and I didn’t want to miss my chance to exchange knowledge with both new and familiar faces.

This year saw the adoption of Labs track from other Adobe events, where people can get their hands dirty with some of the new products. Magento and Adobe employees together played host.

As the sun began to set on Monday, I headed to Topgolf for #NexcessLive. There are no words to describe this incredible event, so here’s a video!

Day 2: Masters of the Universe

Tuesday morning, I headed to the Keynote to hear Philip Jackson again as well as attend the  Magento Masters award ceremony. I had the honor of standing on stage with 19 other Masters, and in lieu of a theme this year, we rolled with capes.

I spent the rest of Tuesday afternoon meeting with our clients and partners in our suite, and again PWA was a hot topic. Since the release of PWA studio, plus some community initiatives like Deity Falcon and VueStorefront, the Magento community has continued to see a rise in early adopters. As we heard during one of the keynotes, multiple developers and agencies (Inchoo, JH, and others) have been working on PWAs. Our own system operations team has been creating an PWA-optimized hosting environment while working in close collaboration with other Nexcess teams.

Tuesday night, I attended the annual Legendary Party at The Encore, giving us another chance to interact with developers from everywhere over drinks and music. Once again, I was grateful for the chance to attach faces and voices to the pixels on Twitter and GitHub. If you have ever have the chance to attend, don’t pass it up!

Wednesday started slowly, but the event wasn’t over just yet. Marketplace was open again with the final swag giveaways and people buzzing the corridors. After a healing breakfast, we headed to the last keynote, where they announced Magento Imagine will continue as part of Adobe Summit, just like Marketing Nation from Marketo was included in this year’s Summit.

We also got a look at Sneaks, where Magento shares short demos of future technology. This year’s lot included AR, VR, and customer-engagement tools, among many other cool glimpses of tomorrow’s commerce.

After the announcements. only DevExchange remained before lunch and the goodbyes. Now in its fourth year, DevExchange is a space to exchange opinions on various topics around the Magento community. This year’s all-around attendance was record-breaking — beer and nachos probably didn’t hurt — and I was fortunate enough to lead a discussion about working remote.

DevExchange soon wrapped. Like every Imagine, I left Vegas exhausted and slightly dehydrated, but cozy after meeting again with our extended Magento (and now Adobe) family.

Hope to see you all again next year at Adobe Summit, and may you never miss a step in 2019!