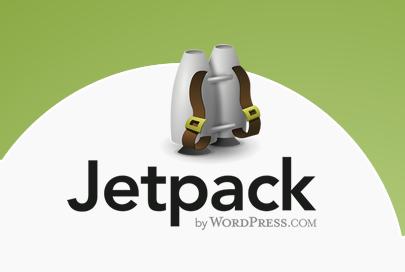 If you aren’t already familiar with JetPack, it’s a plugin for WordPress that brings a host of very useful features. It is developed by the developers behind the WordPress.com platform, and brings many of the benefits of that platform to self-hosted WordPress sites. JetPack recently saw a new release, which includes several additions that make it even more useful.

There’s probably not a blogger in the world that doesn’t rely on Google for traffic, and many also make use of the Google Plus “social network” to publicize their content. JetPack 2.5 introduces a number of features that enable WordPress users to more closely integrate their site with the search engine giant’s services.
One of the most welcome is an easy way to establish a link between a WordPress site and Google Plus profiles. That link is an essential part of Google Authorship, which adds all sorts of juicy enhancements to search results, including author pictures and rich snippets. While it’s fairly clear that Google Authorship isn’t currently being used as a ranking signal, it’s probable that in the future it will have more of an effect on the SERPS. At the very least Google Authorship lets Google identify works with their authors.
JetPack now allows bloggers to connect multiple authors to their respective Google Plus profiles, adding the correct verification code to each article, making the task of establishing authorship on multi-author blogs a lot more straightforward than it had previously been. Additionally, the plugin will add a link in the “contributor to” section of the Google Plus profile, which completes the reciprocal link setup that Google Authorship requires. The new Google integration also allows users of blogs using JetPack Comments to comment with their Google Plus identity.
Also included is the ability to easily embed content from a number of different Google services into WordPress posts and pages, including maps, documents from Google Drive, and calendars.

Not quite as exciting as the Google related features is Facebook embedding, which provides functionality to embed Facebook updates in WordPress pages by simply pasting the link.

Finally, the standalone VideoPress plugin has been integrated into JetPack. VideoPress is a paid-for video hosting service that allows WordPress users to more easily upload and host their own videos.
If you’ve never given JetPack a spin, it’s well worth trying. In addition to the features we’ve mentioned above it also includes: