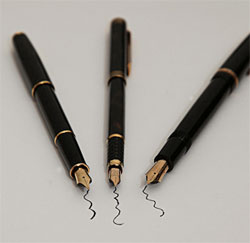 SEO is changing. Gone are the days of ranking signals that are easy to game with keyword stuffing and dubious link building tactics. The advent of semantic search is bringing huge changes to the SERPs and the mechanisms that Google uses to populate them. If you’re attentive to the results that Google returns, you’ll have noticed the effects of some of these changes. Many searches now return results in the form of a carousel across the top of the page and/or the ‘knowledge graph’ to the left of the page.

These changes are the result of advances in the sophistication of Google’s ability to determine what the content of web pages mean and the authority that they carry. It’s a trend that will continue into the future. As Google strives to get better at understanding what searchers mean and match that intent with richer search results, the company is paying very close attention to meaning and to authority.

One of the ways in which it is likely that Google will be determining authority in the future concerns authorship. While it’s clear that Google aren’t using authorship as a ranking signal at the moment (although there’s fairly furious debate about this in the SEO world), it’s a safe bet that in the future, authorship will become important.

Google Authorship is a means of providing Google with information about who originated a particular piece of content. As things stand, even though it’s probably not used for ranking in the majority of the SERPs, it does bring with it a major benefit in that the rich snippets and the headshot that accompanies results that incorporate Google Authorship considerably influence the perceived authority and noticeability of a search result. Google Authorship will help content get noticed.

To use Google Authorship a writer will need to have a Google+ profile. It doesn’t need to be an actively used account, but because Google uses the profile page to populate the rich snippets in the search results it needs to be at least minimally configured.

Once your page has been set-up there are a couple of ways to associate your content with the profile. If you’d like to do it manually, you can follow the detailed instructions that Google have provided.

Implementing Google Authorship is easy and there are many advantages to having your content more closely tied to your identity, particularly as Google begins to rely more heavily on semantic search in the coming years