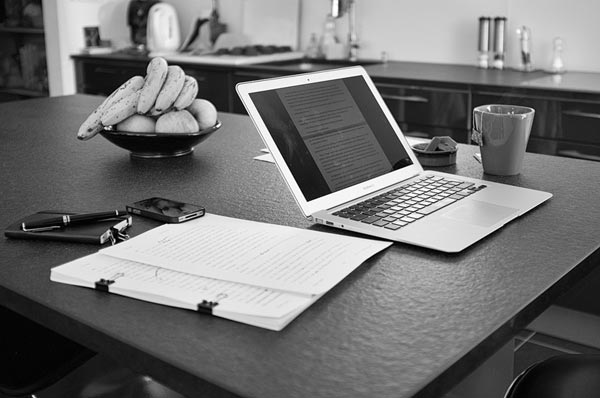 The Ghost blogging platform was one of 2013’s major success stories. John O’Nolan set out to create a platform designed purely for blogging. Early in the year he published a mockup of what he thought the software would look like, and when, that generated substantial interest, he created a KickStarter campaign that proved to be enormously successful.

There was clearly a powerful appetite among bloggers for an application that dispensed with much of the unnecessary clutter that accompanies a full-blown content management system so that they could concentrate on writing and publishing.

As originally conceived, Ghost was to have been a fork of WordPress or a WordPress plugin that substantially modified and radically simplified the writing interface. However, as the project advanced, the decision was made to start from scratch and abandon the idea of using WordPress as a foundation. Instead Ghost is a Node.js application written in JavaScript.

Unfortunately, that decision means that WordPress users can’t benefit from the innovative design decisions that were incorporated into Ghost. Or, at least they couldn’t until now.

Gust is a project to implement Ghost as it was originally conceived: a modification to WordPress. The idea is to port the Ghost UI and use the WordPress API to integrate it with the world’s most popular content management system. The project is still in its early days — so take care to test it before installing on a production site — but the progress made so far is impressive.

If you’re wondering what all the fuss is about: Ghost, and now Gust, can be thought of as the ideal writing environment for bloggers who just want to concentrate on the written word and images. It uses Markdown for straightforward formatting and makes it very easy to drop images into articles. If you prefer to write in a minimalist environment without distractions, then Gust is for you.

The obvious question is: why not just use Ghost? Firstly, because Ghost is built on Node.js, it won’t work on many hosting platforms, particularly shared hosting. To get it to work, you’d have to have a virtual private server and be technically knowledgeable enough to install Node.js and all its dependencies. Secondly, Ghost is very young product, it doesn’t have anywhere near the number of themes, plugins, and developers that WordPress does.

In short, Gust provides the best of Ghost combined with the best of WordPress. If you use the full content management system features of WordPress for a business site or large-scale publishing, then Gust isn’t for you — it provides a deliberately pared down experience. But, if you’re a solo blogger who’s tired of a complex interface that you mostly don’t use, then Gust may just make your day.