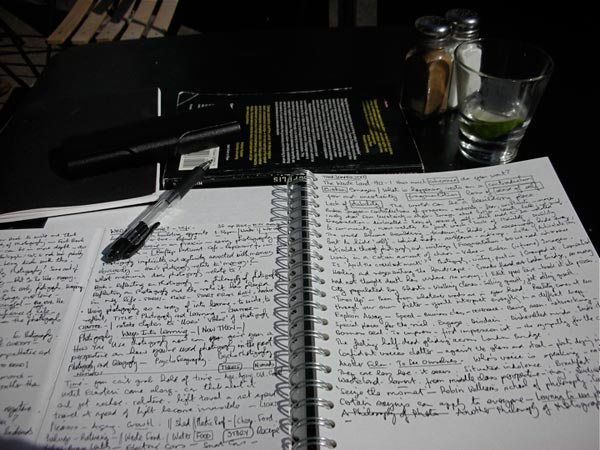 I’m beginning to think that WordPress developers have a case of Medium envy. Every other new theme seems to take significant design cues from the blogging platform.

In many ways, that a good thing. As I’ve argued before, using a platform like Medium for publishing takes control away from the writer and puts it in the hands of the platform owner. But Medium is beautiful and offers a compelling experience for readers and writers alike. Creating a Medium-like experience on self-hosted WordPress gives writers the best of both worlds: ownership of the platform and content along with a publishing environment that includes the best of modern design.

The Aesop Story Engine, a plugin developed by Nick Haskins, is the next step along that road. In fact, it’s probably not fair to say that Aesop is entirely Medium inspired. There’s also a healthy dollop of influence from the New York Times’ Snowfall experiments and iOS apps like Storehouse (which may be more of a sibling than an ancestor).

Aesop’s aim is to put tools in the hands of writers that make it easier to create stories like Snowfall, and it pulls it off remarkably well. Before you read on, take a look at some examples of what Aesop can do.

The plugin provides 12 story components and a back-end interface for including them in WordPress posts. Among the components are:

Image – Better image display and captioning than is native to WordPress, including the ability to push images outside of the content column, which is a striking feature of Medium articles.

Also included are audio, quote, map, content, and collections components. In theory, Aesop can be used with any WordPress theme, although themes that set rigid column widths will have problems with the full-width components.

Aesop has an interesting history. Originally intended to be part of project that included a managed hosting platform, it failed to raise as much money as was hoped and ended up with $6000, which paid for the plugin as we have it now.

The Pulitzer-winning Snowfall story was expensive to produce and involved a large team of writers, developers, and photographers. The Aesop Story Engine empowers WordPress publishers to quickly and simply create an analogous experience for readers.