Is WordPress A CMS? 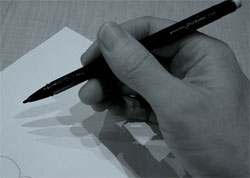 WordPress recently celebrated its 10th birthday. In the decade of its existence it has developed from a blogging platform to highly flexible solution for building websites of all kinds: from single-page product showcases to enterprise-level publishing sites.

For those looking to start a new website, it’s important to choose the right foundations and, in the modern era of website development, that means choosing the right content management system. Because of WordPress’s history as a blogging platform, the question often arises: “Is WordPress a CMS?”

The short answer to that question is “Yes, most definitely,” but to answer more fully, it will be useful to develop an understanding of exactly what a content management system is, and how WordPress lives up to the requirements of full-fledged CMS.

Back in the old days (i.e., the late 90s), developing a website usually meant hiring a web developer or designer to create the site’s aesthetics and layout before writing the HTML, CSS, and JavaScript code that web browsers process to display the pages. Part of that workflow was writing the site’s content, which was then included within its HTML code.

Doing things that way worked, but it had a major problem: changing the on-page content of the site required further work from the web developer or a writer who understood HTML. There was a fairly high barrier to entry for having a website, which was obviously not ideal for bloggers, who just want to set up their site and then concentrate on the writing.

The solution was to separate out the design and structure of a site from its content so that content writers could just enter their text into an interface without having to touch a line of code. Applications that make this and various other content related functions like collaboration and syndication possible are called content management systems.

Content management systems take various forms, depending on their intended purpose. Some, like Joomla and ExpressionEngine, were built from their inception to be capable of supporting any type of site and, as usual, with flexibility comes a lot of complexity: most people are going to need a developer to help them set up those CMSs.

WordPress was originally conceived as a blogging platform, which meant it was a lot simpler to configure and easily managed by most moderately technically adept people. The ease of deploying WordPress led to its huge popularity and that popularity led to the growth of a vibrant and active developer community that added many features to WordPress.

Over time, with advancements in the core of WordPress and in extension development and theme design, WordPress became much more than a simple blogging engine, and grew into a full-featured content management system while keeping much of its original ease-of-use.

WordPress still maintains many of the features of its blogging heritage, and it has been argued that it lacks some of the power of other CMSs, but, given that WordPress is the web’s dominant platform with many very high traffic sites, it’s safe to say that if you’re looking for a content management system for your site, you won’t go far wrong if you pick WordPress.

Although it started life as a blogging platform, over the decade of its existence, WordPress has become a feature-rich and flexible web content management system.